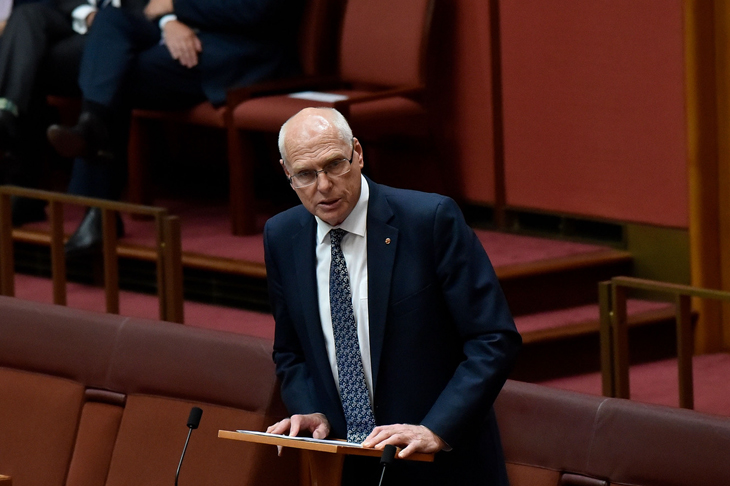 As Australia Day comes around, battle lines are again being drawn by self-described ‘progressives’ who refuse to see anything to celebrate about Australia. The great irony of this, is that for most of our history since Captain Arthur Phillip hoisted the Union Jack at Sydney Cove on January 26, 1788, Australia, and the colonies from which it was created, was in the vanguard of progress.

Shortly after his appointment as governor, Phillip wrote of the new colony, ‘That there can be no slavery in a free land, and consequently no slaves.’ This commitment made New South Wales one of the most enlightened jurisdictions in the world at the time. The Slave Trade Act which prohibited the trade in slaves in the British Empire was only passed 20 years later in 1807, and the Slavery Abolition Act providing for the gradual abolition of slavery in most parts of the British Empire was not passed until 1833. Slavery was abolished in most other countries during the 19th and 20th centuries although practices akin to it continue to this day in parts of Asia and Africa.

Following in Phillip’s footsteps, Governor Lachlan Macquarie focused on turning the penal colony of NSW from a place of punishment to one of redemption, giving absolute or conditional pardons to thousands of prisoners. Once emancipated, many erstwhile convicts became leading architects, surgeons and jurists.

Australia’s colonies were also amongst the first to grant suffrage, in 1856 in South Australia, 1857 in Victoria and 1858 in NSW, to all adult male British subjects, including indigenous men. Then, in 1895, South Australia become the first colony in Australia and the second place in the world in which all women, including indigenous women, were entitled to vote and to stand for parliament.

Sadly, the march of progress sometimes went in reverse as with the White Australia Policy, championed by the labour movement as a means of protecting the wages of British men. This led, in 1902, to the Commonwealth Franchise Act, which, on the one hand entitled British women to vote in and stand for national elections but denied federal voting rights to every ‘aboriginal native’ of Australia, Asia, Africa, or the Islands of the Pacific who didn’t already have the right to vote in state elections.

It was regressive and racist policies of this kind that rightly led to the first Aboriginal Day of Mourning and Protest held in 1938. Those who organised it were absolutely justified in deploring the treatment of Aboriginal people at the time. Their demands were simple and just. They called for freedom and equal citizenship. As Jack Patten, president of the Aborigines Progressive Association proclaimed, ‘We do not wish to be left behind in Australia’s march to progress.’ Since then, Aboriginal people have indeed joined the nation’s march to progress. Notably, in 1962, the Menzies Liberal-Country party government gave all Aboriginal people the right to vote in federal elections and in 1971, Neville Bonner became the first Aboriginal Australian to sit in the federal parliament.

These snippets from Australian history perhaps explain one reason why today’s progressives do not celebrate the past. Humanitarian progress in Australia has frequently been championed by Christians, many inspired by William Wilberforce, who campaigned tirelessly for the abolition of slavery in the British Empire because of his profound Christian belief that all people are equal in the sight of God. Progress has also been championed by Australian liberals, many of whom had a natural home in the Liberal party.

The recent attempt by broadcaster Phillip Adams to smear Sir Donald Bradman as racist when in fact Bradman played an important role in ending apartheid in cricket is just the latest example of leftists rewriting history because it doesn’t suit their narrative.

No country ever was or can be perfect but all Australians, should be proud of this nation’s march to progress which gives us all so much to celebrate on Australia Day.

Jim Molan was a great patriot who loved this country and served it every day of his long and illustrious career. His did this first as a soldier serving with distinction in conflicts, notably in East Timor and in Iraq, where he served as Chief of Operations for the Multinational Force. Having retired from the army, he designed Operation Sovereign Borders for then-prime minister Tony Abbott. This successfully stopped the flow of unauthorised boat arrivals which had resulted in far too many tragic drownings at sea and had reduced places for recognised refugees. As a Liberal senator for NSW, he pressured the government to give Australia the independent defence capability it desperately needs, making the case dramatically in his recent book, Danger on our Doorstep. Death has taken him before his task was finished, so even as we celebrate his life and lament his loss, we must heed his warning to better prepare Australia so that we will be ready to deter or defeat our adversaries.

You might disagree with half of it, but you’ll enjoy reading all of it. Try your first 10 weeks for just $10