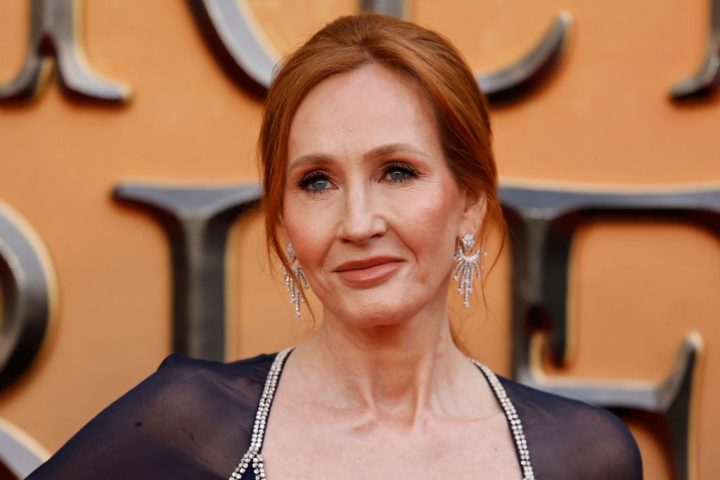 The crusade to erase JK Rowling continues. The latest ruse of the Rowlingphobes is to scrub her name from her own books. Yes, they now want to make even the Harry Potter universe a Rowling-free zone.

A ‘book artist’ in Toronto by the name of Laur Flom has set himself the task of memory-holing Rowling. He is rebinding Harry Potter books, giving them new covers that make no mention of the witch’s name, and even removing her name from the copyright and title pages inside.

The aim, he says, is to ‘help out’ people who are fans of Harry Potter but who have an ethical issue with Ms Rowling. ‘The project is spurred by her transphobia’, he says. In short, Rowling believes in biological sex, and thus she must be unpersoned. For a cool £140, you can purchase one of Flom’s lovingly purged Potter books.

Imagine the kind of people who’ll be buying these morally disinfected tomes. Forking out £140 just so you can hold in your hand a Potter novel that makes no reference to the woman who invented and wrote that entire world – that’s some serious commitment to cancel culture.

We are witnessing the unpersoning of JK Rowling. There is a sinister and authoritarian impulse behind all this

This might just be the nadir of the safe-space mentality. It seems some people are so emotionally fragile that they’re willing to spend big bucks to be forcefielded against any utterance of the name Rowling. She really has become Voldemort to the right-on – she who must not be named, lest evil spirits, or just bad feelings, be conjured forth.

We are witnessing the unpersoning of JK Rowling. Alongside Flom’s cleansed Potter books, we’ve also seen Rowling being ‘left out’ of a reunion of the makers and stars of the Harry Potter films. Her unutterable name was downplayed in a trailer for a Fantastic Beasts movie, another fantasy franchise she is responsible for.

The Boswells School in Essex dropped her name from one of its houses. It had six houses ‘represented by British citizens who have excelled’, but apparently Rowling’s excelling, her incomparable contribution to modern British culture and entertainment, counts for nought now that she has expressed verboten views. Her name was ditched because of her ‘comments and viewpoints surrounding trans people’.

Even some of the Quidditch leagues have distanced themselves from Rowling. Yes, people really do play this Harry Potter sport involving broomsticks and balls. And last year they changed the name of the game from Quidditch to Quadball, partly for copyright reasons, and partly because of Rowling’s ‘anti-trans positions’.

There is a sinister and authoritarian impulse behind all this Rowling erasure. It brings to mind Stalin’s airbrushing from photographs of party officials who had fallen out of favour. Like those problematic commissars, Rowling is judged to have thought and said unacceptable things. And so her name and likeness must be deleted.

Some people really do want to see a great forgetting of JK Rowling. Last year the New York Times put out an advert that featured one of its readers ‘imagining Harry Potter without its creator’. This was the actual NYT saying this; engaging in the warped fantasy of keeping Harry Potter but erasing JK Rowling.

There’s a dark urge here – to punish Rowling for her wrongthink. To make her name mud, to cast this wicked woman from polite society, to save poor Harry Potter from her demonic clutch, all because she thinks and says things that ‘good people’ disapprove of. It is remarkable that the Rowlingphobes seem blissfully unaware of how tyrannical they sound to the rest of us.

And just what is it that Rowling has said that deserves such ceaseless opprobrium from those who fancy themselves on ‘the right side of history’? This is about her ‘transphobia’, says book defacer Laur Flom. The problem is her ‘anti-trans’ views, say those Quidditch nerds.

What transphobia? What anti-trans views? Rowling has uttered not one hostile word about trans people. Who can forget when the journalist EJ Rosetta was commissioned to write a piece on the ‘20 Transphobic JK Rowling Quotes We’re Done With’ but then gave up when she couldn’t find a single anti-trans comment? ‘You’re burning the wrong witch’, said Rosetta.

What has really happened is that belief in biological sex has been redefined as bigotry. Standing up for women’s sex-based rights has been rebranded as transphobia. So Rowling’s perfectly normal views, which are likely shared by most people out there, can be talked about as hate crimes when they are nothing of the kind.

This is deeply authoritarian too, this cynical repackaging of dissent as ‘phobia’. Let’s not forget what a phobia is — a malady of the mind, an irrational way of thinking. This echoes Stalin’s antics too, when problematic people were likewise written off as mad and consumed by spite. Rowling has nothing to be ashamed of, but her intolerant erasers do.