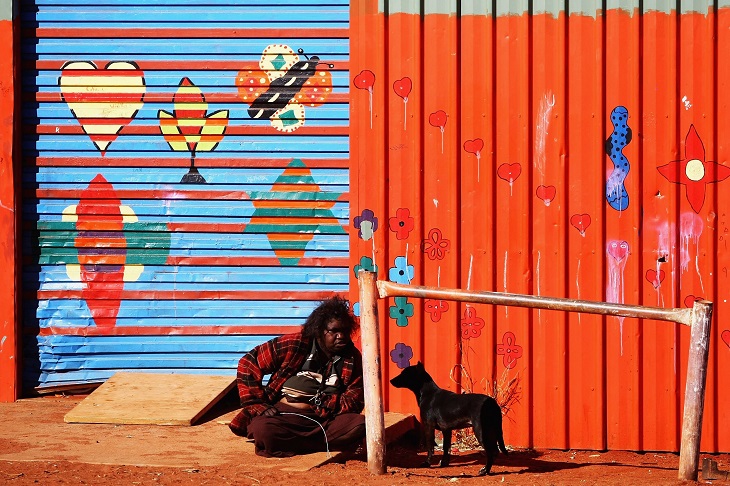 There are many problems with the proposed Indigenous ‘Voice to Parliament’. They include rewriting the Constitution to create two classes of Australian citizens, the Prime Minister hiding the details from the Australian people, and the creation of a new political class that assumes ‘a singular homogeneous view across the Indigenous community’.

The proposed Voice also has another fatal flaw. It is a national solution to issues that are fundamentally local. Those local problems have been brought to attention by Senator Jacinta Nampijinpa Price who has highlighted problems with gangs of children without adult supervision, most of whom have experienced ‘alcohol abuse, domestic, family and sexual violence throughout their young lives and is the reason for their presence on our streets’. She speaks of Aboriginal people who have been murdered, or ‘died of alcohol abuse, suicide, or alcohol-related accidents’.

The success of Senator Price has been in her focus on real local problems. At the local level, Aboriginal people don’t need a ‘Voice’. It’s already there. What the Australian government needs to do is to listen and allocate the resources needed to solve real problems.

The proposed Voice will further alienate national-level decision-makers from local communities and compound the problem with a top-down approach in which, as Senator Price observes, ‘Despite billions being spent, the violence and despair that puts these places and many others like them in the headlines is not changing.’

To give one example of this way of doing things, the West Australian town of Roebourne, about 1,500 km from the state capital, Perth, has seen government spending of over $68,000 per year, per Aboriginal person. It’s a staggering figure, the equivalent of a family of four enjoying an annual income of over $300,000 a year. But those huge amounts of money sent from governments based far away have achieved nothing because the health, education, employment, and life expectancy of Roebourne’s Aboriginal people keeps getting worse.

As with Roebourne, Indigenous people around Australia are frustrated that money is not being invested where it is needed the most. Instead, the resources are being allocated by bureaucrats in cities far away from the remote communities.

In other words, top-down national strategies and decisions being taken far away from the experience of Indigenous people is not helping at all.

Instead of compounding these problems with another national body, it would be better if people in local communities were respected and empowered to make their own decisions and put them in charge of their own destinies.

The difference between national and local initiatives was shown powerfully by two approaches to alcohol restrictions.

On the one hand, The federal government’s Northern Territory Intervention put heavy restrictions on alcohol and implemented a package worth over half a billion dollars. But it failed dismally due to its ‘top-down’ approach to local issues. The Federal Indigenous Affairs Minister Nigel Scullion later admitted that the government should not have imposed a top-down approach on the community but should have supported the efforts of the community. In contrast, the local initiatives in Fitzroy Crossing were most successful. Under the leadership of local woman June Oscar, a community-based initiative saw restrictions on the sale of take-away alcohol. Among the objective results of this local initiative, ‘alcohol-related injuries in hospital presentations had fallen from 85 per cent down to below 20 per cent and alcohol-fuelled domestic violence incidents also fell by 43 per cent’.

The Fitzroy Crossing initiative showed that what works is not a top-down approach from outside the community, but an approach that listens to local people and sees them as active partners.

Given what has and has not worked for the advancement of Indigenous people, a national-level voice will not help because it will lead to more centralised national-level decision-making. The real need is for local people to be listened to. That is, it is not the one Voice that will matter, but whether the government is attentive to the many voices of people in local communities. In other words, Prime Minister Albanese is well-intentioned, but what he doesn’t realise is that if the Parliament is listening, there is no need for ‘the Voice’. If Parliament isn’t listening, ‘the Voice’ will be futile.

Dr Matthew Ogilvie is an Australian-based academic and writer. He holds a PhD from the University of Sydney. He has served in higher education for over thirty years in Australia and the United States. He is active in political leadership and policy development. In his “spare time,” he is a venomous snake catcher and self-defence instructor.