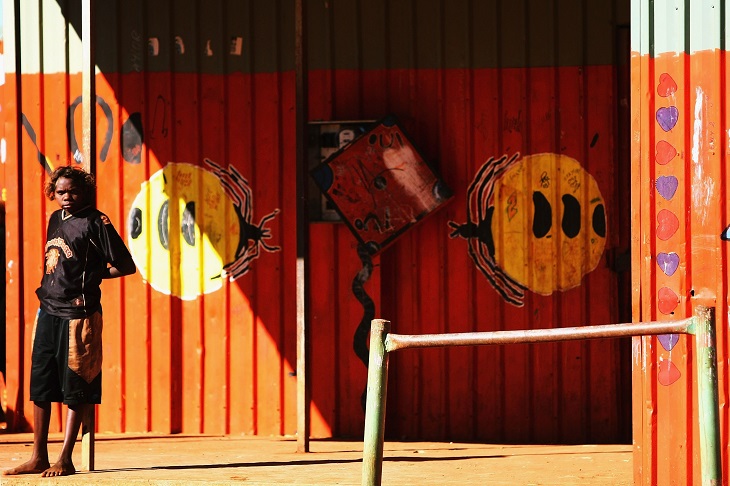 The video records of what is happening in Australia’s red centre are disturbing at so many levels. This is a nation that has learned to express the belief that people matter – all people.

This is a nation that has learned to believe that it is the quality of your character that counts. That includes helping everyone equally, as we are able, because the starting point of character is accepting that each individual is of equal worth regardless of background, social standing, or individual difference. It is why in Australia our volunteer spirit is so strong when we have bushfires and floods. No one stops to think, ‘Is this family worth rescuing?’ If the need is there, then the rescue is offered.

We see this regularly during summer when people go swimming. The people most in danger at our beaches are visitors who do not understand the quiet danger of the pull of the undercurrents in our wonderful surf beaches (with delicious golden yellow sand). We call these undercurrents ‘rips’. Our surf life savers put up flags where it is safe to swim so that unaware people can avoid the rips. Sadly, we lose lives each year because, despite these warnings, people wander and sometimes go beyond the reach of our life savers too quickly to be rescued.

However, there is not one tiniest hint, ever, that seeing different categories of people interferes with people running in to rescue a struggling swimmer on our beaches. It is unimaginable that one of our surf life savers would draw close to a drowning person and stop, saying, ‘No – this one is not one of us. They can sink or swim on their own.’

Yet that is what is happening in the blessed town called Alice Springs, home of the ‘rock’. Not the ‘Rock’ of Hollywood action movies, but the starkly large magnificent red rock that is said by some to be a spiritual centre of our nation. In this town, local people are being bashed, robbed, and intimidated at regular intervals. The media vision makes Alice Springs look like a town where the police have been defunded, as the BLM activists demanded. The police have not been defunded, but they have been made impotent by their political masters.

One of the critical issues in Alice Springs revolves around how alcohol is handled by the community. In the middle of last year, a management program that gave wives and mothers the opportunity to have control over their welfare payments was abandoned by the new Labor government on the grounds that the program was ‘racist’. Indeed, this was repeated in the last week by the Northern Territories Chief Minister.

Then I read that our Prime Minister was going to visit the town. And so he has.

I wept. The Prime Minister and the Chief Minister are of the same ilk. They do not see through rosy-coloured glasses – they have much more of a red tint. That is why they believe in the false mechanistic paradigm of ‘multiculturalism’ and of letting each culture sort it out their own way. ‘Surely,’ they would sincerely think, ‘it is not up to us to tell another culture what to do, because each culture has found its own way in the social-evolutionary process that is sacred to who we are as humans. And this is our First Nations culture.’

But in this thinking, they are being blind guides because they deny the heritage from whence we value the inherent worth of each and every individual. Larry Siedentop described this blind spot clearly in his work, Inventing the Individual:

The domestic sphere was a sphere of inequality. Inequality of roles was fundamental to the worship of the ancient family…

This description is of societies that we tend to revere – the ancients of Greco-Roman society. Siedentop unpacks masterfully that it was initially the Jews, then Christ, then the Apostle Paul who laid the foundation for the concept of universal moral respect and freedoms that we espouse today. For if everyone is of equal worth because they are made in the image of God, then it does not matter if they are male or female, slave or free, or from different nations, or of different capacities – the differences do not subtract one iota from the equality of worth that each is inherently given.

It is why the story of the Good Samaritan is one of the best-known Bible passages globally. That parable from Jesus highlights that if we have opportunity to help someone, we should do it, even if they are a traditional enemy. That is the basis of volunteerism in Australia. That is the basis of equality.

But socialist theories of racism do not allow such egalitarianism. And this is where the Prime Minister and Chief Minister are caught. In their attempts to be ‘non-judgemental’ they have become hopeless in seeing opportunities for help. In the Alice, it is Aboriginal women who want the previous controlled program over their welfare cards re-introduced. That scheme meant they could exercise individual freedom to spend money on food and other essentials. That program meant that they could express personal agency different to the traditional ‘inequality of the family’, from which virtually every people group has had the opportunity to develop if they wanted what we call ‘democracy’.

Decades ago, some of my feminist psychology colleagues were shocked when they went to Africa and saw how great was the inequality that was being manifested in traditional families. They asked me to support them in moving that all Australian psychologists would support the rights of women and children globally, regardless of the local context. I was of course keen to do so.

But this step away from entrenched multiculturalism seems to have faltered. Unless the Prime Minister can truly understand what Siedentop calls the acceptance of each individual being a unique soul, he will not save a life in a town called Alice.

What to read next