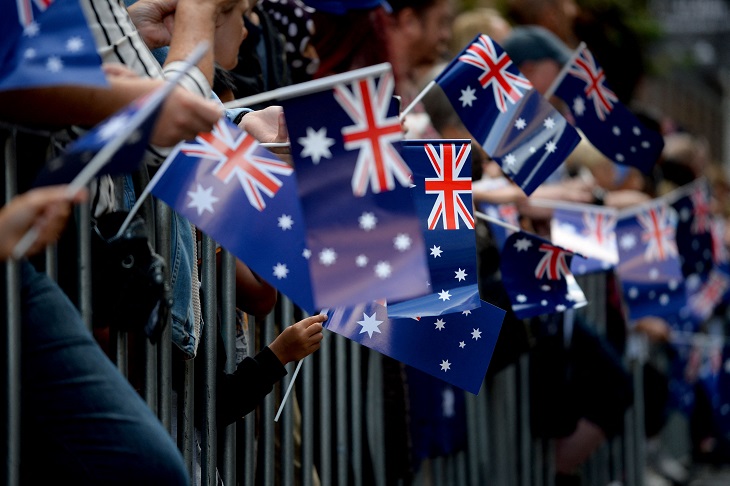 With the proclamation that local councils across the country may choose to hold citizenship ceremonies on days other than January 26, the federal government has set in motion its plan to kill Australia Day.

Responding to Dan Tehan, who like me believes that Anthony Albanese is ‘laying the groundwork to abolish January 26 as Australia Day’ the Prime Minister said:

But this is the same Prime Minister who said in April 2022 that it was ‘complete nonsense’ that Kevin Rudd would become Australia’s next man in Washington.

This is the same Prime Minister whose unprecedented, taxpayer-funded republic minister said a republic referendum was off the cards until Labor’s second term, but who is about to embark on a nationwide consultative tour. That is, a nationwide campaign of indoctrination.

And, to borrow from the Coalition Prosecution Service, this is the same Prime Minister who promised that Australians would save $275 annually on their energy bills. In politics, circumstances change – I am not so naïve to think that they do not – but it was a promise made by the Prime Minister on ninety-seven separate occasions, and in any case, the central reason why the circumstances have changed is because the government’s Net Zero policies continue to force the closure of coal-fired power stations, undersupplying the grid, and sending energy prices soaring.

In sum, the credibility of the Prime Minister’s word is very much in question. Thus, when he says ‘I support Australia Day’ it is not exactly clear that we should hasten to believe him.

That the Prime Minister did not rebuke American-owned, Irish-led Network Ten for announcing that Australia Day ‘is not a day of celebration’ for Indigenous Australians further suggests he is not prepared to stand up for his country. Albo is no iron lady.

Of course, Network Ten is not alone. Telstra, Deloitte, PwC, and Woolworths have followed suit. The University of Sydney records Australia Day as a nameless public holiday in its 2023 calendar. This year’s upcoming Australian Open is scheduled to hold a First Nations’ Day (January 18), an Australian Open Pride Day (January 27), and even an Emirates Day (January 17) in honour of its associate partner, but its line-up includes nothing vaguely reminiscent of Australia Day. Maybe, though, that’s fitting. It is, after all, an international tennis tournament. But if the Australian Open employs that defence, how can it possibly then justify holding events dedicated to ethnic groups and sex? Now there’s a double fault.

Regarding Network Ten, I am always surprised just how categorically positions like these are offered. Unless the company has conducted extensive ethnographic research, it has no basis in fact for its inferred claim that all Indigenous Australians do not celebrate Australia Day. Australia Day may very well be a day of celebration for some Aborigines – the tens of thousands treated for trachoma by the initiatives of Fred Hollows, perhaps – but without commissioning a detailed study, no one should be confident issuing such sweeping assertions.

I now must be careful not to issue my own sweeping assertions. In any case, whether we like the premise of Australia Day should not be what is in question. What should be in question is whether Australia Day has validity as the day of national celebration. My firm opinion is that it has validity in abundance; that is why it is the date that it is.

The events of January 26, 1788 precipitated the modern, federated nation-state of the Commonwealth of Australia that we know and enjoy today. Contrary to the belief of some, it is not James Cook’s arrival in Port Jackson that we mark on Australia Day, but rather the First Fleet’s raising of the Union Jack on our shores. The act, remembered in perpetuity by the monument on Sydney’s Loftus Street, signifies the introduction of the rule of codified law to this continent.

If Cook claimed Australia for Great Britain on August 22, 1770, Governor Arthur Phillip in 1788 physically demonstrated what that claim was to mean. Following dutifully King George III’s April 25, 1787 instructions that New South Wales was, in effect, to be the world’s first humanitarian colony, Phillip decreed that any settler who harmed an Aborigine would suffer capital punishment. ‘The laws of [England] will, of course, be introduced in [New] South Wales,’ he wrote, ‘and there is one that I would wish to take place from the moment his Majesty’s forces take possession of the country: That there can be no slavery in a free land, and consequently no slaves.’

On September 7, 1790, near Manly Cove, Phillip was speared in the shoulder by an Aboriginal man, Willemering; that is, the barb exited his back just shy of the third cervical vertebrae, and as the governor made his escape the 10-foot shaft repeatedly ricocheted off the ground to further lacerate the wound. Phillip discharged his pistol in warning, as did the cockswain his musket, but otherwise the governor’s attempted murder was met with no retribution by the British. ‘How benevolent!’ might say some postcolonial critics, but even when Phillip sought the capture of six Aborigines to avenge Pemulwuy’s murder of the gamekeeper John McIntyre on December 9, 1790, his orders to Captain Watkin Tench contained so many humanitarian stipulations that Tench and his company, even after a second attempt, proved unsuccessful. Tench’s trials are detailed in his definitive 1793 tract A Complete Account of the Settlement of Port Jackson. It is, by all contemporary reports, a reliable source, and in the absence of any written Indigenous evidence to the contrary must be afforded weight. It, like so many others, cannot simply be discounted because of its British author. That would be racist.

Phillip’s foresight can also be seen in a plethora of other examples: in fledgling Sydney’s health and infrastructure projects, or in his stalwart refusal to abide by corruption. When the governor introduced legal mechanisms for convicts to resolve civil disputes, he did so in opposition to those very same ‘laws of England’, which forbade convicts the right to sue or hold property. New South Wales’ first civil case, Kable vs Sinclair, was heard on July 1, 1788. The court found in favour of Henry and Susannah Kable, the convict plaintiffs, and Duncan Sinclair, master of the merchant ship Alexander, was ordered to pay damages. It was one of the first instances – if not the first instance – in which Aussie battlers bested authority.

As I hope I am beginning to illuminate, Australia Day is celebrated on January 26, to commemorate not just Phillip’s physical, formal settlement of Sydney but what I believe was the cultural founding of Australia.

It is, I think, this culture that we are losing. Where are those quintessential Australian values, so readily espoused by Phillip, that we once cherished? I write of mateship, of larrikinism, and of a disdain towards authority. Certainly, we see great camaraderie between strangers in the aftermath of cyclones, floods, and bushfires. But no one knows their neighbour anymore. We have lost much of our ability to laugh honestly. We view politics not as the practise of mundane, erudite lawmaking that it should be but rather a television drama starring our most despised celebrity identities. For this attitude, social media is as much to blame as Uncle Sam. But so too are we, the electors, because in our pursuit for cheap entertainment we have facilitated the meteoric rise of the contemporary parliamentarian: largely mediocre, often uninspiring, and usually narcissistic.

Our faults, however, are very rarely committed consciously. I say in no uncertain terms, and have said on other occasions, that standards of education in this country are deplorable. It is now well documented that universities and schools are prioritising ideology and profit ahead of knowledge and fact. How many Grade 12 students could name any one of Arthur Phillip’s achievements, let alone identify who Arthur Phillip was? I suppose it is no wonder that Australia Day is as misunderstood as it is. We should be ashamed by the fact that, allegedly, 55 per cent of Australians have been manipulated to believe the day should be moved away from January 26.

But to what date, exactly? What date has more validity than January 26 to be the national day of this country? August 22, to mark Cook’s landing? No; that is deliberately not Australia Day, for if there were a date more suited to connotations of dispossession, that would be it. January 1, to mark the Federation of Australia? No; that would erase the colonial pioneers whose trials paved the way for federation, and so too can this same criticism be applied to any date signifying events post 1901. A random date, perhaps, with no historical or symbolic significance whatsoever? That proposition is not one even worth dignifying.

And even if we were to change the date, we should not for one moment expect an end to the usurpation of the past, the accusations of invasion, of racism, and genocide, the calls for reparations, and the demands for political and social privileges well exceeding those extended to many hardworking Australian taxpayers. Previous concessions have yielded nothing to suggest otherwise.

This is not simply deference to tradition on my part. There is fundamentally no date better suited to celebrating our national day than January 26, for on that day in 1788 the unique cultural identity of this country was born. Thus, there is no date better than January 26 to confirm new citizens who have resolved to formally join with not just the Australian Crown and the Australian Constitution, but our nation’s values and heritage.

A strong, authentic federal government could make all this very clear. It could sing Australia Day’s praises from Canberra’s highest steeples. It could calmly yet clearly put to bed the lies and manipulation, calling upon innumerable historical and logical arguments in the process. In so doing, it would stand up for Australia. But, as noted earlier, standing up for Australia and Australians is not our incumbent Prime Minister’s priority.

Owing to the Voice, this Australia Day will be one of the most divisive, most uncivil yet. The legacy of Arthur Phillip will once more be debased. Statues will be blood-smeared. The Australian Flag will be burned – and I must say that for all patriotic Australians that truly is an atrocious act.

I urge and beg all readers to take a stand this January 26: to share a beer with mates, to celebrate the incredible gift that is the Commonwealth of Australia, and to maturely yet forcefully write any local, state, or federal politician who refuses to decry the anarchistic, entitled behaviour of a very loud, very dangerous minority.

Alexander Voltz is a composer and Spokesperson for the Australian Monarchist League. He is a member of the Liberal Party.