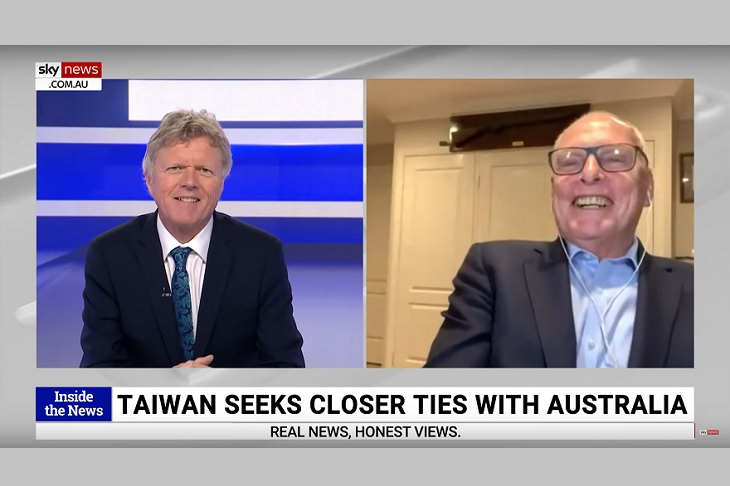 Along with the rest of Australia, I awoke this morning to hear the news of Senator Major-General Jim Molan’s passing with a heavy heart.

As the man responsible, along with Tony Abbott, for the successful implementation of Operation Sovereign Borders, Jim literally changed the world by ending the Left’s and the globalists’ fraudulent claim that protecting national boundaries was somehow no longer desirable or even doable. The complexities involved in ‘stopping the boats’ were thought through and then enacted upon with Molan’s military precision down to the tiniest detail, proving that a military mind is essential if a nation is to protect its own sovereignty and identity.

The fight for sovereign borders is still one ripping apart the European (failed) experiment, and may yet again see Nigel Farage return to the political fray in Britain in order to achieve what Jim Molan made appear so effortless.

Jim Molan’s skills were of course honed in the army, but it is probably fair to say that he found the world of politics even more harrowing than many a battlefield. Elected with an extraordinary vote, he carried with him the hopes and dreams of nationalists, conservatives, traditionalists, and many who had simply loved him from the moment they heard him articulating his ideas and policies with clarity and common sense on TV or radio shows with the likes of Alan Jones.

On Outsiders on Sky News Australia, I had the privilege of chatting to Jim Molan on numerous occasions, and indeed he chose to come on my show to first outline the thesis for his amazing book warning of the perils of Chinese communist militarism, Danger on our Doorstep.

Here on The Spectator Australia, Jim also chose to let rip on the appalling treatment he received at the hands of the ABC when discussing his thoughts and concerns on what he described as the ‘religion’ of climate change. You can read the full article here, but allow me to highlight the gist of it:

‘Some claim that in relation to the causes of climate change “the science is settled”. I met many of those on a recent edition of the ABC’s Q&A program. My view that the science was not yet settled was not permitted in that tax-payer-funded, supposed bastion of open inquiry. The minds of the presenter, my fellow guests and many in the audience were firmly closed. “Do you believe in climate change?” they demanded. One religion for me is enough.

‘Because I was shouted down and was not able to put a view on Q&A, many of you have asked me what my views actually are.

‘Those advocating massive emission reductions say even though we cannot impact the world climate, we should destroy our economy to show leadership to the world. This is the single most impractical proposal I have ever heard.’

Jim Molan was a warrior in more ways than one. Australia will learn in the coming years just how prescient were his warnings about protecting national sovereignty, about the threat of a belligerent Chinese communist dictatorship, and about the total insanity of declaring war on fossil fuels.

Vale, great soldier. We are the weaker without you. You will be sorely missed.