As 2023 fast approaches your AML team have been busily preparing for what promises to be a demanding and challenging year ahead.

The Albanese government is moving fast to implement Labor’s long-term plan to change the face of Australia.

They know that they only have six years, or two terms, at best, before the Liberal Party regenerates itself and the people become frustrated at the ever-increasing rising cost of living, unsustainable power prices and other difficulties. With an enlarging population and snowballing burden on an already antiquated power distribution system, it is likely that many parts of the country will start to face blackouts.

However, regardless of these problems the government is continuing with Labor’s priority plans for change: plans which were formulated many years ago and can be basically said to include:

1) Removing the monarchy and installing a republic, thus exacting vengeance for the 1975 dismissal.
2) Removing the States, enlarging local government, and centralising all power in Canberra.
3) Extending the term of government between elections to 4 or 5 years.

THE MOVE TOWARDS A REPUBLIC

The move towards a republic has already started to be implemented with a concerted campaign of republicanism by stealth intent on removing all facsimiles and mention of the King and the Crown together with symbols of our constitutional monarchy wherever they can.

In the last year of her life, Queen Elizabeth was disgracefully attacked as being ‘racist’ whereas Her Majesty had done everything she could to reach out to people, whatever their race or religion. These attacks are now centred on the King who likewise has, throughout his whole life done whatever he could to make all people welcome. His charities have helped over one million young people, whatever their colour or social circumstances. Have his accusers done anything whatsoever to help their neighbours in a similar manner or are they only intent on making false slanderous accusations?

The late Queen and now the King are accused of being ‘slavers’ but it was Britain which led the way in abolishing slavery throughout its empire well over 200 years ago. King George III, the first humanitarian British monarch, ensured that there would be no slavery in the Australian colonies of which he was the first king. Queen Elizabeth, and now King Charles are also accused of being ‘colonisers’ but what have they colonised? The Queen and her father George VI oversaw the dismemberment of the British Empire even though many people at the time did not want independence from Britain.

As well as these reprehensible and defamatory attacks on our monarch, we are also facing an intensifying assault on our British heritage by radical organisations both within and without the Parliament. There is a saying “We live in a time where intelligent people are being silenced so that stupid people won’t be offended.” Surely this applies to the senseless attacks on the institutions we inherited from Britain some 200 years ago and Australianised to suit us. These sorts of attacks are planned to increase as those who seek to tear down the institutions, the conventions and the precedents that bind us together see it as a means of eradicating the stability and security we currently enjoy under the Crown.

In January these attacks will concentrate on Australia Day. The government has already made changes allowing Marxist type local councils to hold citizenship ceremonies on days other than Australia Day. The eventual move will be to change the name of the day. If they had their way, we would also have no King’s birthday holiday. We are urging that we all do something to celebrate what Australia Day means which is the evolvement of Australian parliamentary democracy guaranteed by the Crown enabling all, whatever their race, whatever their religion or whatever their social preferences to join together as one united nation.

The Voice to the Parliament is a recent addition to Labor’s priority list but it appears to be exploited by the government to test whether the people will be apathetic enough to ‘trust the government’ to itself implement constitutional change without providing detail beforehand.

Whether you agree with the ‘Voice to the Parliament’ or not, it is an aspiration of many people whose views should be respected in our Australian democracy. As such the Voice should be treated with meticulous diligence by the government. With a referendum possibly in 9 months’ time, the full detail of proposed constitutional change must be released without further delay.

Whilst the Voice is not within Australian Monarchist League’s current mandate, the long-standing convention requiring detail of change to be put to the people before a referendum is, and we will be agitating at every level that this be done.

Because the Australian Monarchist League is now considered to be one of Australia’s major political NGOs (Non-Government Organisations) the government seemed to be worried that we might become involved against the Voice referendum. They do not appear to have expressed such reservations in regard to the Australian Republican Movement’s declaration to support the Voice.

Over the next couple of months, the way in which the League operates will be modified to accommodate our much larger membership. We have already been in contact with State branches and members will be notified of changes as we enter 2023. The Australian Monarchist League has always been a democratic organisation and we are moving further to involve more people in our councils.

We will also be calling upon members to offer their support in various ways. I see from company email addresses that we have people on our lists involved in a multitude of areas that, combined, can ensure a vibrant and successful campaign.

We will also need professional assistance in many areas to enable us to meet the obligations that are now thrust upon us.

It is important that we all appreciate that, whatever authority the Australian Monarchist League possesses, is due to you and everyone who supports us. Without such support, we would be nothing.

We have already started to reach out to other organisations to eventually form a united front. The new 2023 proposed Referendum Act has imposed stringent requirements on any entity involved in a referendum and few smaller organisations would be able to meet such requirements both in terms of cost and retention of professional advice.

This is why the League, against opposition, commenced our campaign immediately the government arranged for a Minister of the Crown to remove the Crown to be sworn in.

The Assistant Minister for the Republic has joined with the radicals in attacking our British/Australian heritage including our monarchy and the Crown. We are considering what action we should take in regard to the seditious comments he has been making. Don’t forget, he has sworn that he “will be faithful and bear true allegiance to Her Majesty Queen Elizabeth, Her heirs and successors according to law” for all that that is seemingly worth to a republican Federal politician. (The allegiance sworn to the Queen is automatically caried over to the King).

It is an unlevel playing field that we are forced to compete in. Totally un-Australian and unlike any move towards constitutional change that has ever occurred before in our entire history as a nation since 1901.

RING OUT THE OLD, RING IN THE NEW 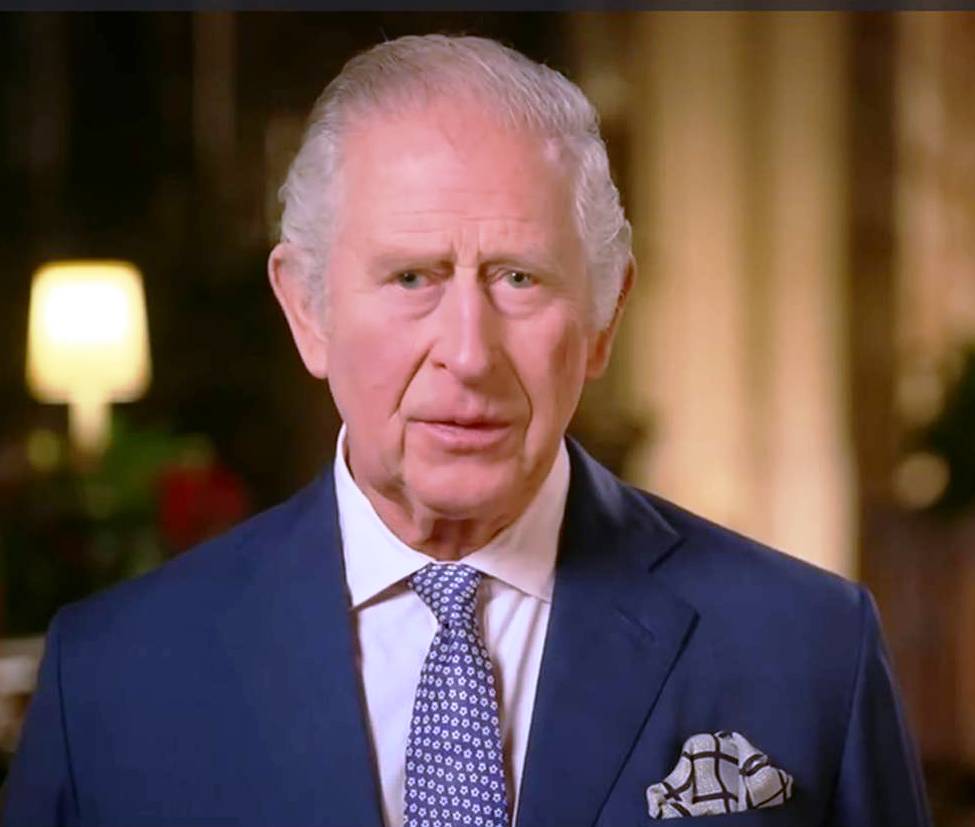 However, we now have a new King, a new Prince of Wales together with a constitution that has maintained our democracy for 122 years making us, one of the youngest nations on earth, into one of the world’s longest serving democracies. As Peter Dutton said in his Christmas message “it is the best country on earth” but for how long if the government succeeds in implementing major constitutional change?

Alfred Lord Tennyson wrote “Ring out the old, ring in the new.” Even though it is now one hundred and seventy five years later, let us all join to ring in our own New Year of 2023 and together face what is to come.

With my very best wishes for the New Year.

PS: Last moments to sign the $5 note petition = Keep our Sovereign on our Money
Also:
The King’s Christmas Message
&
God Save The King